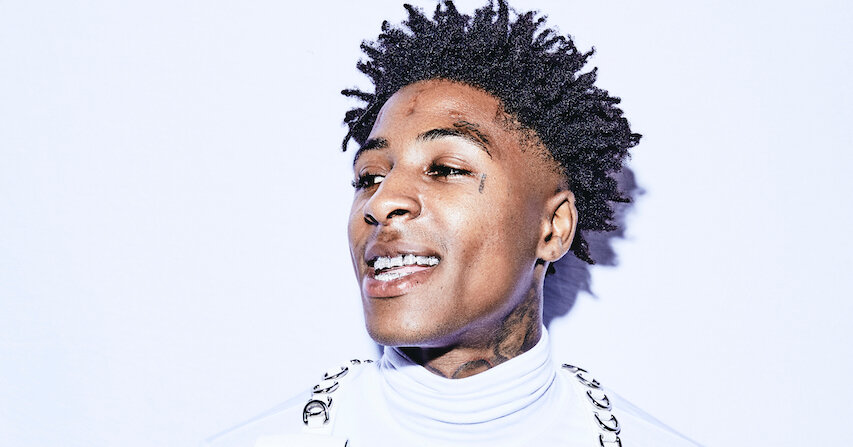 YoungBoy Never Broke Again, one of the most popular rappers in the country, is by some measures still obscure: At 21, he has almost no mainstream profile, his songs receive barely any radio play and he has never performed on television.

In and out of jail since he was a teenager, YoungBoy, or YB to his most dedicated fans, is also currently incarcerated in his home state of Louisiana, awaiting trial on charges that he possessed a gun as a felon. Federal prosecutors have called him “a danger to the community.”

Yet YoungBoy’s new album, “Sincerely, Kentrell” — for his real name, Kentrell D. Gaulden — just became the rapper’s fourth release in less than two years to hit No. 1 on the Billboard chart. In between, he reached the Top 10 with two additional mixtapes, an undeniable run that has solidified him as a poster child for a new kind of streaming-era stardom even as he remains an industry outsider and exception.

Overall, YoungBoy’s violently brooding music has been streamed more than six billion times since last September, including over one billion video streams, but received just 55,000 radio airplay spins in the same period, according to MRC Data, Billboard’s tracking arm. On YouTube, where he has nearly 10 million subscribers and has uploaded almost 100 music videos since 2016, he frequently outpaces artists like Ariana Grande, Justin Bieber and Taylor Swift.

Narrowly edging out the fourth-week sales of “Certified Lover Boy,” by the chart juggernaut Drake, “Sincerely, Kentrell” ended its first week with 137,000 in total units. That debut also bested the rollout earlier this month of the much-hyped first album by Lil Nas X, who has been widely recognized for his marketing genius. And unlike his chart competitors, YoungBoy included no guest features on his album in a moment where buzzy collaborators are thought to be a cheat code to streams for would-be blockbusters.

“I haven’t really seen something like this in hip-hop,” said Lanre Gaba, the executive vice president of Black music at Atlantic Records, YoungBoy’s label, comparing his die-hard supporters to those of the K-pop group BTS. “He hasn’t always been the artist that some of the gatekeepers have let into these other spaces. That makes his fan base even more rabid.”

Using that passion and the artist’s unavailability as a rallying point, YoungBoy’s team tapped into his deep reserves of audio and video material while communing directly with his listeners to shape the new album and its release strategy.

In some cases, they even used fan-generated titles from what are known in the rap world as snippets — partial, unofficial versions of unreleased songs that may have been played in passing on Instagram and are then lusted after for months, or years, by listeners.

YoungBoy — widely known as NBA YoungBoy, his name before copyright concerns became an issue — also participated heavily in the planning, keeping up with his team in marathon daily calls from jail, each routinely interrupted by the 15-minute time limit.

“YB makes music for YB,” said his go-to audio engineer Jason Goldberg, known as Cheese. “But when you take into account what the fans want and it correlates, it’s this huge explosion. Everybody’s been involved. Then we didn’t let them down.”

Cheese said “Sincerely, Kentrell” was formed from some 150 possible songs recorded in hotel rooms, on moving tour buses and in studios across the country before YoungBoy was arrested in March.

On one track, “Life Support,” the engineer said, “you can hear some of the road underneath a few of those lines.” For others, he ran 50-foot cables out of a second-story window so YoungBoy could rap in the front seat of a parked Range Rover, because smoking was prohibited inside his Airbnb.

YoungBoy’s audio engineer Jason Goldberg, known as Cheese, going over the track list with the rapper, on the phone from jail.Credit…Mark Dorflinger

The entirely freestyled songs, filled with trauma, threats and regrets, are taken from the roiling life of someone struggling to change — a combustible mix of street politics, ceaseless personal tragedy and sudden riches. Raised by his grandmother in north Baton Rouge, La., YoungBoy dropped out of school in ninth grade and started rapping at 14 on a microphone from Walmart.

But even as his music took off online, leading to a $2 million deal with Atlantic in 2016, he struggled with serious legal problems.

In 2017, facing two counts of attempted first-degree murder for his role in a nonfatal drive-by shooting, YoungBoy pleaded guilty to a lesser charge of aggravated assault with a firearm and received a suspended 10-year prison sentence, plus probation.

After additional arrests, including one for domestic violence in 2018, and another shootout in which the rapper’s crew was found to be acting in self-defense, YoungBoy was ordered to spend 90 days in jail and serve the rest of his probation on house arrest. (He later pleaded guilty to misdemeanor battery for slamming down and scuffling with a girlfriend in the 2018 incident.)

“You have a choice to make,” a judge told him at the time. “You can either be Kentrell or NBA.”

The rapper replied, “I feel the same way. I can’t be both.”

Most recently, in March, YoungBoy was taken into custody by federal agents in Los Angeles after a high-speed chase for charges stemming from an arrest in Baton Rouge last September, in which the rapper was among 16 people accused of possessing guns and drugs at a video shoot.

Lawyers for YoungBoy have argued that he was unfairly targeted — pointing to the police’s name for the Louisiana operation, Never Free Again, “an obvious take off on Gaulden’s highly successful music and marketing brand” — and are seeking to suppress evidence they say was unconstitutionally obtained. They called the F.B.I.’s pursuit of the rapper in Los Angeles a “massive and wildly unnecessary militaristic display of force and intimidation.”

YoungBoy’s real-life profile has at once created commercial hurdles for his career and heightened his outlaw aura, drawing comparisons to Tupac Shakur, Gucci Mane and Lil Wayne.

“They break the rules, they do it their own way and the people pick that,” said Alex Junnier, a manager for YoungBoy. “There’s nothing anyone can do to stop it.”

Still, there has been wariness from corporate partners like Spotify, Apple and even YouTube, where YoungBoy nonetheless dominates. “His image would stop me from getting anything for him — it was blocking ads, anything we wanted to do,” Veronica Lainey, the rapper’s product manager at Atlantic, said. “His streak of getting No. 1s, that’s really helped change the narrative.”

But the years of volatility also required the label to be nimble with its handling of an iconoclastic artist and his precarious career.

“He is never going to be told categorically what and when and where something should happen,” said Shadeh Smith, YoungBoy’s video commissioner at Atlantic, recalling the days when she would wake up to a new video the rapper uploaded online himself. “Now I’m lucky most of the time I get a heads up that something’s coming, but that wasn’t always the case.”

With YoungBoy away for the rollout of “Sincerely, Kentrell,” the label had to again tap into its flexibility and creativity, seeking to “take the online conversation to the streets,” Lainey said.

Atlantic put up billboards with the slogan “YB Better,” a line the rapper’s fans use to spam comment sections across the internet, and used the N.C.A.A.’s new name, image and likeness rules to turn college athletes into influencers by paying them to post about YoungBoy’s music. (The prevalence of YoungBoy memes on TikTok grew organically, they said.)

When the chart race with Drake for No. 1 turned into a nail-biter, the YoungBoy team and its faithful went into overdrive.

To garner additional interest and activity, the label added two bonus tracks to the album midweek, including one, “Still Waiting,” that YoungBoy had recorded over the phone with Cheese from jail. And the fans did their part, urging one another to listen to “Sincerely, Kentrell” on loop, with some participating in group streaming parties to boost the numbers.

“They picked him, so they’re not going to let him down,” Junnier, the rapper’s manager, said. “Someone like him wasn’t supposed to be here.”

As the U.S. Hurtles Toward a Debt Crisis, What Does McConnell Want?