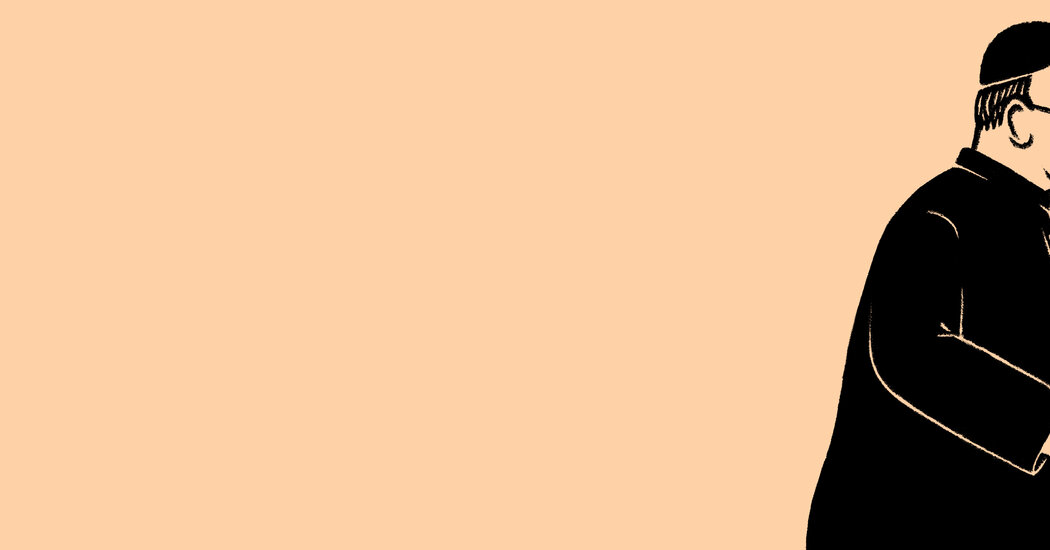 The Last Jew of Afghanistan is gone, and everyone is glad to be rid of him. Zebulon Simentov, Afghanistan’s only remaining Jew, escaped three weeks ago after refusing early opportunities to flee Kabul amid this summer’s American withdrawal. He initially d…
Erdeundleben.com–

The Last Jew of Afghanistan is gone, and everyone is glad to be rid of him.

Zebulon Simentov, Afghanistan’s only remaining Jew, escaped three weeks ago after refusing early opportunities to flee Kabul amid this summer’s American withdrawal. He initially declined to leave, he once told reporters, so as to protect the country’s last synagogue — though it seems that he may actually have hoped to avoid his estranged wife in Israel, who had been waiting over 20 years for him to sign off on a religious divorce. According to The Associated Press, Mr. Simentov, a “portly man fond of whiskey, who kept a pet partridge” and charged “exorbitant fees for interviews,” was a headache for the Israeli-American businessman who arranged his rescue. He described his experience with the Last Jew as “two weeks of being a shrink.” Mr. Simentov’s wife finally received her divorce just this week.

The story ofMr. Simentov, whose name incongruously means “good omen,” was primarily presented as a moment of lightness amid the horrors of the Taliban takeover. This was also true when Mr. Simentov appeared in the news in the early years of the American occupation nearly 20 years ago. Back then, he was one of Two Last Jews of Afghanistan (the other died in 2005), and the story was that the Taliban had imprisoned both of them — until their endless bickering got so annoying that the guards kicked them out of jail.

These stories are used as comic relief, like a Mel Brooks skit injected into the relentless thrum of bad news. But when I read about the Last Jew of Afghanistan, a country where Jewish communities thrived for well over a thousand years, it occurred to me that there have been many “Last Jews” stories like this, in many, many places — and that the way we tell these stories is itself part of the problem.

Dozens of countries around the world have had their Last Jews. The Libyan city of Tripoli was, astonishingly, one-quarter Jewish in 1941; today the entire country is Jew-free. After the fall of Muammar el-Qaddafi, who banished the country’s lingering Jews during his reign, a lone Libyan Jew came back to Tripoli and took down a concrete wall sealing the city’s one remaining synagogue. But he was soon forced to flee, having been warned that an antisemitic mob was coming for his head.

Chrystie Sherman, a photographer for Diarna, an online museum of Jewish sites in the Islamic world, once told me how she tracked down the last Jewish business owner in Syria, a millenniums-old Jewish community that once numbered in the tens of thousands. In 2009, he took her to a magnificent 500-year-old synagogue. The structure didn’t survive Syria’s civil war. At another synagogue, she had to lie to government agents about why she was there; admitting that she was documenting Jewish history was too dangerous.

In my travels, I’ve also seen what happens in such places decades after the Last Jews have vanished. Often, thousands of years of history are completely erased, remembered only by the descendants of the dead. Sometimes, something even creepier happens: People tell stories about Jews that make them feel better about themselves, patting themselves on the back for their current love for Jews long gone. The self-righteous memory-keeping is so much easier without insufferable living Jews getting in the way.

Places around the world now largely devoid of Jews have come to think fondly of the dead Jews who once shared their streets, and an entire industry has emerged to encourage tourism to these now historical sites.The locals in such places rarely minded when living Jews were either massacred or driven out.

But now they pine for the dead Jews, lovingly restoring their synagogues and cemeteries — sometimes while also pining for live Jewish tourists and their magic Jewish money. Egypt’s huge Jewish community predated Islam by at least six centuries; now that only a handful of Jews remain, the government has poured funding into restoring synagogues for tourists.

I have visited, and written about, many such “heritage sites” over the years, in countries ranging from Spain to China. Some are maintained by sincere and learned people, with deep research and profound courage. I wish that were the norm. More often, they are like Epcot pavilions, selling bagels and bobbleheads, sometimes hardly even mentioning why this synagogue is now a museum or a concert hall. Many Jewish travelers to such sites feel a discomfort they can barely name.

I’ve felt it too, every time. I’ve walked through places where Jews lived for hundreds or even thousands of years, people who share so many of the foundations of my own life— the language and books I cherish, the ideas that nourish me, the rhythms of my weeks and years — and I have felt the silence close in.

I don’t mean the dead Jews’ silence, but my own. I know how I am supposed to feel: solemn, calmly contemplative, and perhaps also grateful to whoever so kindly restored this synagogue or renamed this street. I stifle my disquiet, telling myself it is merely sorrow, burying it so deep that I no longer recognize what it really is: rage.

That rage is real, and we ignore it at our peril. It’s apparently in poor taste to point out why people like Mr. Simentov wind up as “Last Jews” to begin with: People decided they no longer wanted to live with those who weren’t exactly like themselves. Nostalgic stories about Last Jews mask a much larger and darker reality about societies that were once ethnic and religious mosaics, but are now home to almost no one but Arab Muslims, Lithuanian Catholics or Han Chinese. It costs little to wax nostalgic about departed Jews when one lives in a place where diversity, rather than being a living human challenge, is a fairy tale from the past. There is only one way to be.

What does it mean for a society to rid itself of other points of view? To reject those with different perspectives, different histories, different ways of being in the world? The example of Jewish history, of the many Last Jews in places around the globe, holds up a dark mirror to those of us living in much freer societies. The cynical use of bygone Jews to “inspire” us can verge on the absurd, but that absurdity isn’t so far-off from our own lip service to diversity, where those who differ from us are wonderful, so long as they see things our way.

On paper, American diversity is impressive. But in reality, we often live siloed lives. How do we really treat those who aren’t just like us? The disgust is palpable, as anyone knows who has tried being Jewish on TikTok. Are we up to the challenge of maintaining a society that actually respects others?

I hope so, but I’m not holding my breath. The Last Jew of Afghanistan is gone, and everyone is glad to be rid of him.

Dara Horn is the author, most recently, of “People Love Dead Jews” and the creator and host of the podcast “Adventures With Dead Jews.”

The Times is committed to publishing a diversity of letters to the editor. We’d like to hear what you think about this or any of our articles. Here are some tips. And here’s our email: letters@nytimes.com.

How Our Discussion of Race Becomes Distorted

Protests Are Taking Over the World. What’s Driving Them?